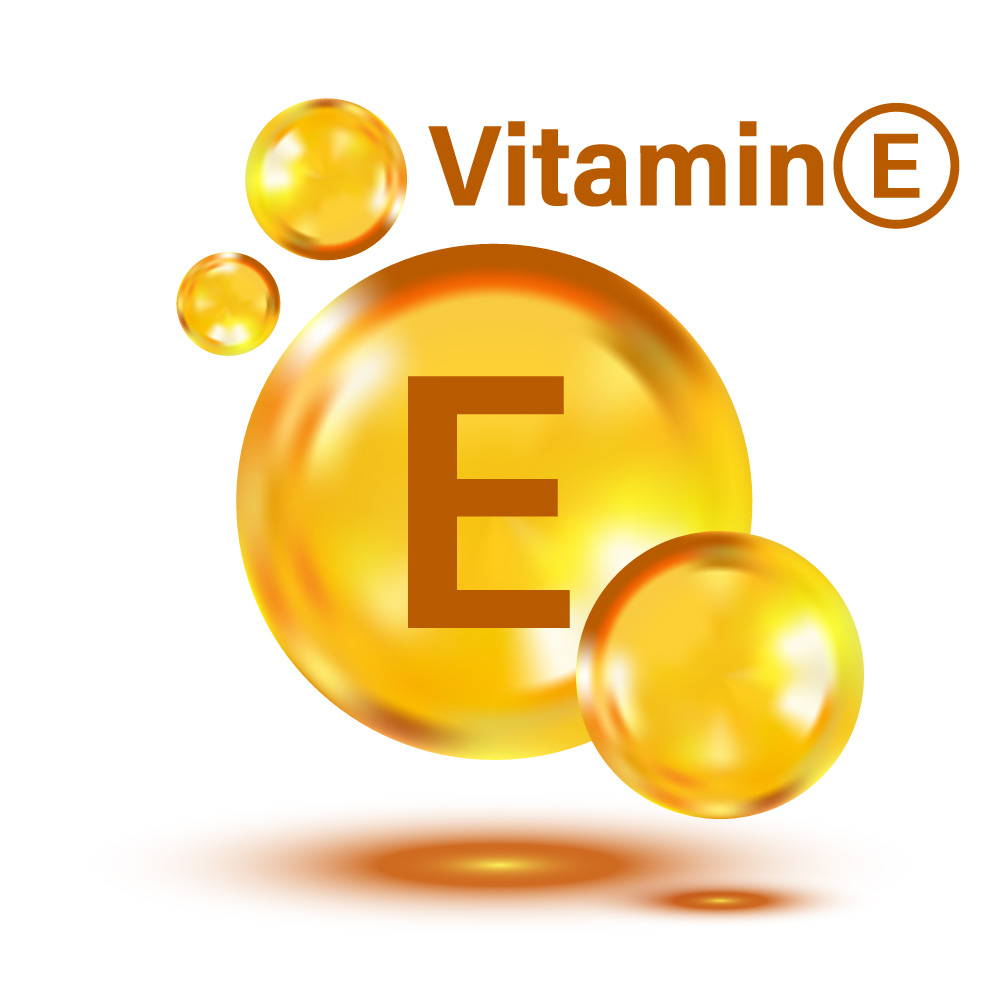 What is vitamin E and what does it do?

Vitamin E is a fat-soluble nutrient found in many foods. In the body, it acts as an antioxidant, helping to protect cells from the damage caused by free radicals. Free radicals are compounds formed when our bodies convert the food we eat into energy. People are also exposed to free radicals in the environment from cigarette smoke, air pollution, and ultraviolet light from the sun.
The body also needs vitamin E to boost its immune system so that it can fight off invading bacteria and viruses. It helps to widen blood vessels and keep blood from clotting within them. In addition, cells use vitamin E to interact with each other and to carry out many important functions.
Vitamin E is found naturally in some foods, added to others, and available as a dietary supplement. “Vitamin E” is the collective name for a group of fat-soluble compounds with distinctive antioxidant activities [1].
Naturally occurring vitamin E exists in eight chemical forms (alpha-, beta-, gamma-, and delta-tocopherol and alpha-, beta-, gamma-, and delta-tocotrienol) that have varying levels of biological activity [1]. Alpha- (or α-) tocopherol is the only form that is recognized to meet human requirements.
Serum concentrations of vitamin E (alpha-tocopherol) depend on the liver, which takes up the nutrient after the various forms are absorbed from the small intestine. The liver preferentially resecretes only alpha-tocopherol via the hepatic alpha-tocopherol transfer protein [1]; the liver metabolizes and excretes the other vitamin E forms [2]. As a result, blood and cellular concentrations of other forms of vitamin E are lower than those of alpha-tocopherol and have been the subjects of less research [3,4].
Antioxidants protect cells from the damaging effects of free radicals, which are molecules that contain an unshared electron. Free radicals damage cells and might contribute to the development of cardiovascular disease and cancer [5]. Unshared electrons are highly energetic and react rapidly with oxygen to form reactive oxygen species (ROS). The body forms ROS endogenously when it converts food to energy, and antioxidants might protect cells from the damaging effects of ROS. The body is also exposed to free radicals from environmental exposures, such as cigarette smoke, air pollution, and ultraviolet radiation from the sun. ROS are part of signaling mechanisms among cells.
Vitamin E is a fat-soluble antioxidant that stops the production of ROS formed when fat undergoes oxidation. Scientists are investigating whether, by limiting free-radical production and possibly through other mechanisms, vitamin E might help prevent or delay the chronic diseases associated with free radicals.
In addition to its activities as an antioxidant, vitamin E is involved in immune function and, as shown primarily by in vitro studies of cells, cell signaling, regulation of gene expression, and other metabolic processes [1]. Alpha-tocopherol inhibits the activity of protein kinase C, an enzyme involved in cell proliferation and differentiation in smooth muscle cells, platelets, and monocytes [6]. Vitamin-E–replete endothelial cells lining the interior surface of blood vessels are better able to resist blood-cell components adhering to this surface. Vitamin E also increases the expression of two enzymes that suppress arachidonic acid metabolism, thereby increasing the release of prostacyclin from the endothelium, which, in turn, dilates blood vessels and inhibits platelet aggregation [6].

How much vitamin E do I need?

The amount of vitamin E you need each day depends on your age. Average daily recommended amounts are listed below in milligrams (mg).

What happens if I don’t get enough vitamin E?

Vitamin E deficiency is very rare in healthy people. It is almost always linked to certain diseases in which fat is not properly digested or absorbed. Examples include Crohn’s disease, cystic fibrosis, and certain rare genetic diseases such as abetalipoproteinemia and ataxia with vitamin E deficiency (AVED). Vitamin E needs some fat for the digestive system to absorb it.
Vitamin E deficiency can cause nerve and muscle damage that results in loss of feeling in the arms and legs, loss of body movement control, muscle weakness, and vision problems. Another sign of deficiency is a weakened immune system.

What are some effects of vitamin E on health?

Scientists are studying vitamin E to understand how it affects health. Here are several examples of what this research has shown.

Most research indicates that vitamin E does not help prevent cancer and may be harmful in some cases. Large doses of vitamin E have not consistently reduced the risk of colon and breast cancer in studies, for example. A large study found that taking vitamin E supplements (180 mg/day [400 IU]) for several years increased the risk of developing prostate cancer in men. Two studies that followed middle-aged men and women for 7 or more years found that extra vitamin E (201−268 mg/day [300–400 IU], on average) did not protect them from any form of cancer. However, one study found a link between the use of vitamin E supplements for 10 years or more and a lower risk of death from bladder cancer.
Vitamin E dietary supplements and other antioxidants might interact with chemotherapy and radiation therapy. People undergoing these treatments should talk with their doctor or oncologist before taking vitamin E or other antioxidant supplements, especially in high doses.

Some studies link higher intakes of vitamin E from supplements to lower chances of developing coronary heart disease. But the best research finds no benefit. People in these studies are randomly assigned to take vitamin E or a placebo (dummy pill with no vitamin E or active ingredients) and they don’t know which they are taking. Vitamin E supplements do not seem to prevent heart disease, reduce its severity, or affect the risk of death from this disease. Scientists do not know whether high intakes of vitamin E might protect the heart in younger, healthier people who do not have a high risk of heart disease.

Age-related macular degeneration (AMD), or the loss of central vision in older people, and cataracts are among the most common causes of vision loss in older people. The results of research on whether vitamin E can help prevent these conditions are inconsistent. Among people with AMD who were at high risk of developing advanced AMD, a supplement containing large doses of vitamin E combined with other antioxidants, zinc, and coppershowed promise for slowing down the rate of vision loss.

Can vitamin E be harmful?

Where can I find out more about vitamin E?